LOGLINE:  The secretive world of African-American Greek pledging is turned upside down by the transformative influence of a born-again Christian who pledges the fraternity of a popular, Divine Nine sorority leader’s intended fiancé.

Cheryl’s Song is based upon the Christian fiction novel, Cheryl’s Song: Until the Sun Comes Up. Cheryl Fields, the daughter of a biracial marriage between an alcoholic, African-American father and her Canadian, Caucasian mother must learn to cope when her father disappears during her just before her freshman college year, and the void left by her mother’s early death opens a deep need for family ties. Cheryl fills this need with the highly ritualistic, African-American Greek fraternity and sorority system. She falls in love with Mike, an African-American pledge who is being subjected to intense, physical abuse by the brothers of fictional fraternity Kappa Alpha Omega.

Cheryl is confronted in her senior year by a pledge to Mike’s fraternity who leads Cheryl to more deeply examine her belief in Christianity while he is preparing to pledge Kappa. Mike is at once intrigued and jealous of Cheryl’s new mentor, Perry. The world Perry introduces—traditional gospel hymns, Bible study and abstaining from sex in favor of marriage—clashes irrevocably with Cheryl and Mike’s world of social popularity and sold-out, much-hyped, and regionally anticipated Greek Step Shows which have made Mike and Cheryl semi-celebrities and disrupts, of course, the passionate, monogamous sexual relationship Mike and Cheryl are so respected for sharing.

The pledge process and Greek culture experienced and previously kept hidden by hundreds of thousands of African-American college alumni is a world within the world of Cheryl’s predominately Caucasian college experience. Black church tradition and the Black Greek Letter Organization (BGLO) history are known for the outward: gospel choirs, step shows and successful, college-educated personalities, but little known for the relationships behind the scenes which form the thread that binds a vast swath of the African-American population. 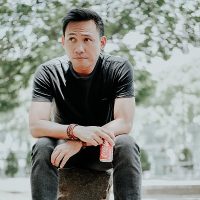